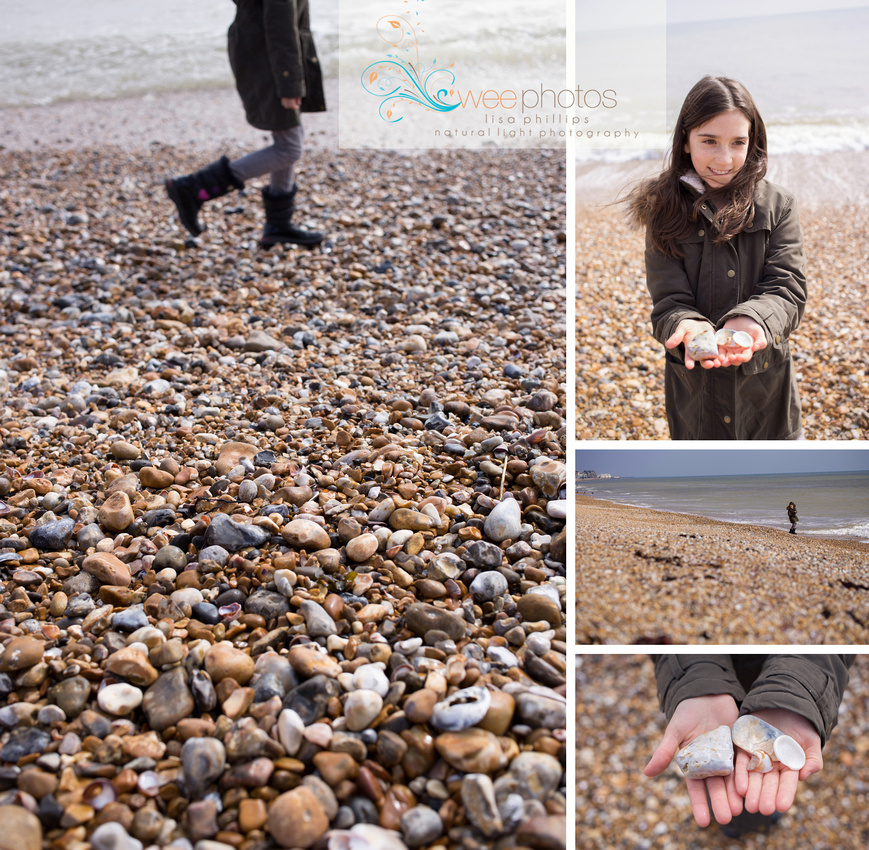 Our first day visiting the cool blustery English Channel. In the distance is the town of  Bognor Regis.  The pebble filled shoreline was such a drastic difference from our coast here in the Pacific Northwest.  We saw very little sand, but some of the most beautiful smooth golden hued rocks and lots of lovely little seashells.  Dad and Layne enjoyed skipping rocks across the teal green waters, while I of course captured the fleeting moments.   I could have spent days collecting rocks and shells, but transporting them home would have been quite a challenge:)  Layne and I chose just a couple of our favorites...she did lose one of her most treasured rocks, which apparently looked like it had crystals inside.  I felt sad that it had gone missing, but reminded her how special all of the stones were and so we carried those home and have placed them on our little shelf to enjoy.  Our new goal....to collect as many little rocks and shells from coastlines around the world:)

n
1. (Placename) a resort in S England, in West Sussex on the English Channel: electronics industries. Regis was added to the name after King George V's convalescence there in 1929. Pop: 62 141 (2001)
« Previous Post Next Post »

Due to all that is taking place with the Corona Virus.  I am presently holding off on planning future photo sessions.  I trust all of you are well and i look forward to when we can create together again.  I miss so many of you.